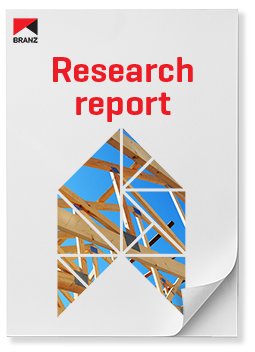 This is the third BRANZ investigation of a series looking into the seismic performance of brick veneer. The first two investigations were slow cyclic tests of full-scale veneer specimens where the veneer clad a rectangular room, which had both window and door openings.

The quality of brick veneer construction has improved markedly in recent years, with requirements for the ties to be screw-fixed to the timber framing and with the advent of lighter bricks with vertical penetrations. It is considered that the veneer may no longer be just a driver, but rather that it may have some lateral load-resisting capability.

The complete study is intended to improve the understanding of brick veneer construction in earthquakes, in particular: